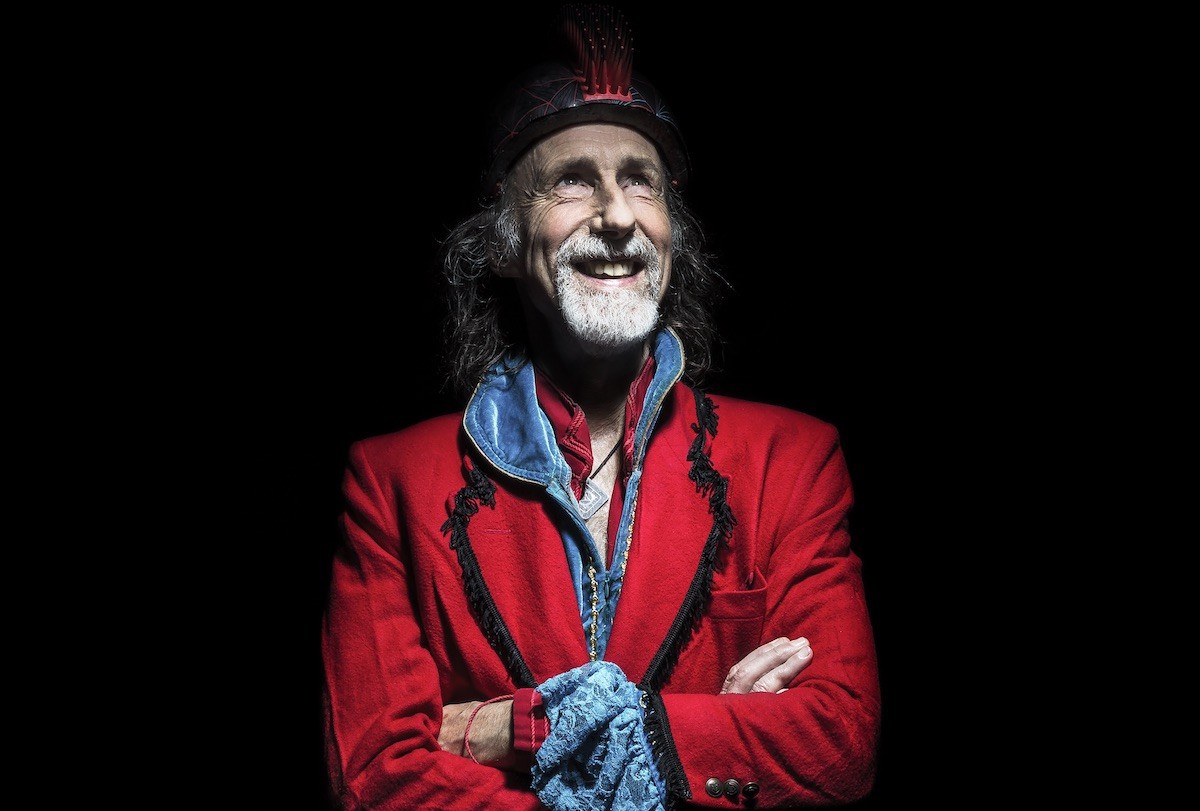 Arthur Brown first came to prominence in swinging London in 1967, after spending some time on the Paris underground scene Arthur was quickly signed to Track Records at the instruction of The Who’s Pete Townshend and released the single Devils Grip, regarded by some as the record that gave the birth of Heavy Metal.

Arthur is best thought of for his 1968 Number one single Fire that still gets regular airplay all over the world and has been covered by the likes of Ozzy Osbourne, Die Krupps, The Prodigy and The Who.

Arthur’s next band Kingdom Come performed as the main act at the first filmed Glastonbury Festival in 1971 and in 1973 Kingdom Come was the first band to release an album using a Drum Machine.

Artists such as Peter Gabriel, Alice Cooper and Bruce Dickenson site Arthur Brown as a major influence on them and in this Arthur’s fifth decade in music the fire is far from out.

Arthur’s most recent album Voices of Love had major critical acclaim and Arthur received the Classic Rock magazine showman of the year award.