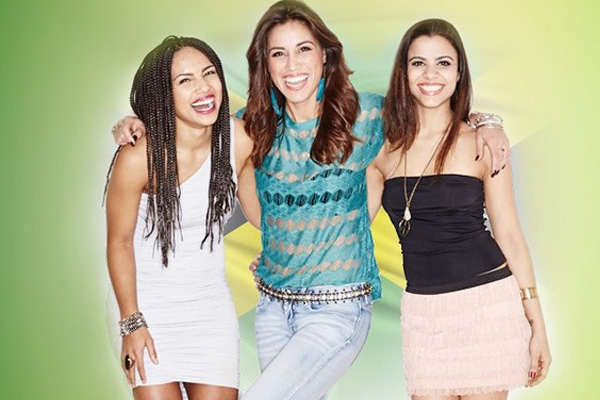 In 1997, Bellini’s “Samba de Janeiro” was topping the charts all over the world. Just in time for the World Cup in Brazil 2014, the act is back with a brand-new line-up and huge media impact, to once again bring the Latin Brazilian spirit to Europe! With an updated version of their megahit, now called “Samba do Brasil”, the fiery ladies are ready to heat up the football fever and bring fan celebrations to a boil!

The single will be part of the latest FIFA compilation that is set to be released worldwide! In cooperation with a big TV station and other well-known brands, Bellini will also release a new album with market leader Universal Music in June 2014. Currently, there are already more than 10 TV appearances confirmed for the summer of 2014!

Bellini will be on the road from April 2014 to present the perfect soundtrack for this summer: brand-new versions of well-known Latin hits!

Kim Willecke and Denis Weckbach, who are known for their unique shows from New York City to Germany, choreographed their show.

We are happy to be presenting Bellini 2.0.