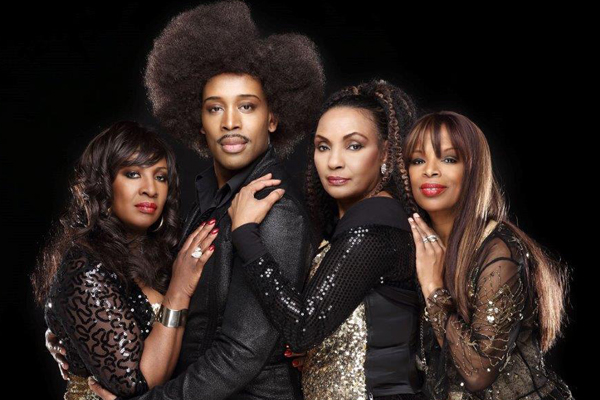 Boney M. the most successful disco act of the Seventies with worldwide sales of 150 million records and many hits like:

Front man and legend Bobby Farrell tragically passed away in December 2010 after a show in St. Petersburg, Russia, a country where Boney M was most popular as in many countries in the whole world !

Bobby Farrell’s line up over the years included two ladies MAUREEN LAURENS and ANTHEA FERRELL and since a couple of years the new lady-singer BECKY BELL, who had several hit-songs in the ‘90s like “Steppin’ Out Tonight” and “I’ll Never Know”. As a tribute to Bobby they now call themselves the B-Ladies (i.e. short for Bobby’s Ladies !)

This reputable Boney M group found a fantastic new front man, originally from France, in the singer ORLANDO. As respected solo-singer performing all over the world, but since 2011 member of the Boney M. Show.

The group is already receiving sensational reviews from promoters and crowds during shows in France, U.K., Spain, Swiss, Holland and Russia. And in Belgium and Germany, when they performed at big open air summer festivals, the close harmony vocals and the new front man’s vocals, dancing and good-looks did not go unnoticed either.

That international 70’s disco scene is awakening to new thrilling revivals by three beautiful experienced female singers in dazzling outfits together with the electrifying appearance of Orlando.