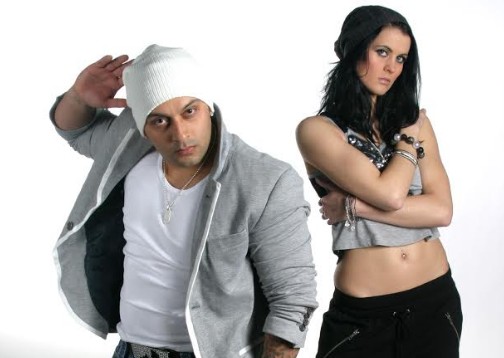 Cappella was first launched in 1987 as a European Dance Act formed by producer Gianfranco Bortolotti, and went on to have International Success.The Act went through a number of Line-up changes over the years, in the early 90’s it was fronted by British performers Kelly Overett and Rodney Bishop. Their biggest hit was “U Got 2 Let The Music”, which hit the UK
charts in 1993.
Renowned as one of the biggest Dance Acts in Europe they had 9 Top Ten Hits and 3 No. 1 Hits with:

Cappella ended in 1999 but the Music still lived on with DJ’s and Producers from all over the World, sampling and mixing their songs. To this day the hits are instantly recognized. Cappella came back in 2013 performing their Original Hits and working on New Material.

Since 2013 original Producer and Creator of Cappella Gianfranco Bortolotti (Media Records) have teamed up with Marcus & Lis. Marcus & Lis are UK Award Winning Singer/Song writer/Performers, who had success with their Debut Single in 2009, hitting the official UK Top 20 midweek’s, and hit No1 on Spotify for most plays in 24 hours. Marcus & Lis have been one of the busiest Live Acts in the UK over the last few years performing on over 100 Live Shows per year.
Marcus & Lis are the new faces of Cappella to bring back the music to the old and new fans.
Since late 2013 Cappella have performed all over Europe, appearing on Shows to packed Arena’s, Events and Festivals to thousands of people.
2018 has been a big year for Cappella and Gianfranco Bortolotti is now planning on a New Single for the future…