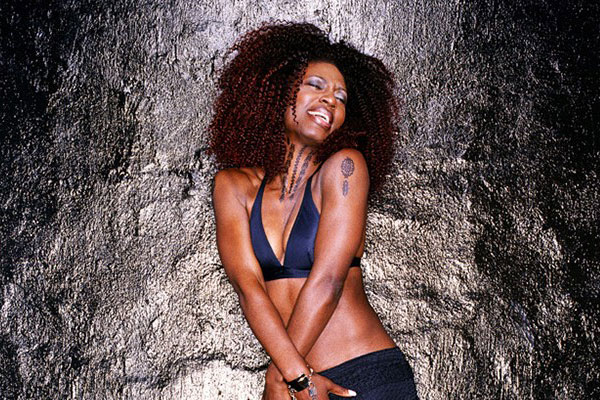 How often have we all danced to tracks like Mr. Vain, Anything or Got To Get It by Culture Beat? Culture Beat’s claim to fame is closely connected with the history of German dance music. As early as 1989 the band caused a considerable stir in the German and UK charts with Erdbeermund (Cherry Lips). Further hits such as I Like You and Tell Me That You Wait from the Horizon album followed.

Then, in 1993, Serenity was released and Culture Beat won more or less every available dance and music prize that was up for grabs in Germany that year. Among other trophies, Torsten Fenslau was awarded the 1993 Echo prize, the highest German music industry award, for “Producer of the year” and Culture Beat the 1993 Echo for “Most successful German album abroad”.

The single Mr. Vain reached the no.1 spot in 12 different countries, including 9 weeks in Germany and 4 weeks in the UK, also reaching the Top 20 in the US Billboard Charts. In all, 4.5 million singles were sold worldwide and the album achieved sales exceeding 1.5 million.
At the end of 1993 the band’s success story was overshadowed by the tragic death of founder and producer Torsten Fenslau. The question of whether in the light of this there could be any further Culture Beat albums was quickly answered by Frank Fenslau, who vowed to carry on the business and follow in his brother’s footsteps. He kept his promise and he has definitely come up with the goods.

Two years passed and Inside Out was ready to hit the market, as a new musical age dawns for Culture Beat. The trance elements, Jay Supreme’s rapping, and the bitter-sweet voice of Tania Evans have been brought clearly to the fore without losing out on the music’s danceable quality, most clearly demonstrated on the emotional first single Inside Out.
Quality and originality has been Culture Beat’s trademark throughout the years and this is very obvious on the new album. In producing Inside Out, Frank Fenslau chose an approach which is considered unorthodox in the German dance scene, though perfectly normal for the UK or US. The album was not made by just one person, but by five different production teams (Peter Gräber/Frank Bülow, Perky Park, Cyborg, Doug Laurent, R.U.T.). Each track has its own different and special character, and there is hardly a dance album around to match its varied nature.

In February 1998 the single Pay No Mind was released in the Netherlands and Germany. Pay No Mind was the first single to feature Kim Sanders (Tanya Evans and Jay Supreme have left the act for solo careers). Kim Sanders has also had a solo-hit in Germany: Show Me and she also performed background vocals for the Frankfurt Connection (Jam & Spoon etc.). And there was the Steven Levis Project with Out Of My Mind performed by Kim Sanders and Nosie Katzmann (Textwriter for almost every German Project). This single was the first pre-release of the 5th Culture Beat album called Metamorphosis which was released in the summer of 1998.
In March 1998 they released a 12Inch called Cherry Lips, it was Feat. Jo Van Nelsen. In May, 1998 the second single from the 5th album Metamorphosis was released, entitled Rendez-Vous and it has the same low tempo style as Pay No Mind. You Belong was released in November 1998 and was the third single of the new album. Pay No Mind and Rendez-Vous didn’t bring Culture Beat the success they had hoped.

In July 2000 a “2000”-remixed version of Mr. Vain was released. 2001 Culture Beat was back with a new female vocalist names Jackie Sangster and their new album Osession. It contains 14 tracks and the first single Insanity, including 7 track inclusive remixes from Tom Novy and Kay Cee. It was released on vinyl in May 2001 and CD in July, 2001 and had reached no. 1 in Israel.
Culture Beat released the 12inch Mr. Vain Recall in April, 2003 and the Maxi-single in June, 2003.

A greatest hits package was released, and the act is now said to be recording new material with the new singer. Culture Beat didn’t release another hit, the planned single Can’t Go On Like This (No No) was dropped by the label in 2004. Still, before the single was dropped, it became a Top 20 pop chart hit in the German dance charts. Many long time Culture Beat fans and Eurodance, Hi-NRG and House fans around the world are patiently awaiting their fifth album. Culture Beat sold over ten million albums and singles worldwide.