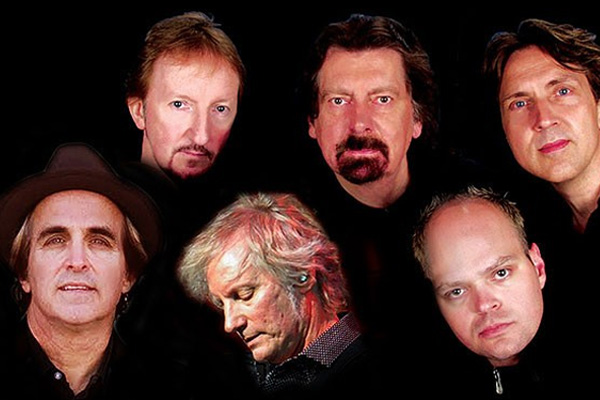 Electric Light Orchestra began when three members of the Birmingham, England band The Move created ELO as a side project in 1970. They envisioned a hybrid rock/orchestral group with a sound that picked up where The Beatles had left off on songs like I Am The Walrus. ELO’s roster changed numerous times over the years, with no fewer than 18 members contributing to the band’s sound.
ELO’s spectacular run of success in the ’70s and ’80s included numerous gold and platinum albums, Top Ten hits such as “Can’t Get It Out of My Head” and “Telephone Line”, the groundbreaking “Spaceship” tour and a secure place as one of the most important bands in the history of rock. At the peak of ELO’s success, future ELO Part II members Bev Bevan, Mik Kaminski, Kelly Groucutt and Lou Clark lived the life of rock royalty.
ELO Part II

In the late 1980s Bevan, Groucutt, Kaminski and Clark reconvened the group as ELO Part II. Eric Troyer, a session and touring musician from New York City, was brought in on keyboards and vocals. The position of guitarist/singer eventually settled into the capable hands of British recording artist Phil Bates. Performing as a six-man symphonic rock band ELO Part II wowed audiences around the world with their stellar musicianship and joyous stage personas. The band created even more excitement when it teamed with award-winning symphony orchestras in cities and at festivals all over the world.

At the end of the 20th century, the band made two personnel changes. In 1998 Los Angeles guitarist Parthenon Huxley replaced Phil Bates; and in 2000 ELO’s only drummer for thirty years, Bev Bevan, announced his retirement. Bevan’s spot was immediately handed over to Philadelphia drummer Gordon Townsend. With Bevan no longer in the band, the remaining members continued on as The Orchestra
The Orchestra

Under their new name since 2000, The Orchestra has played to sold-out houses ever since. The lineup of Kaminski, Clark, Groucutt, Troyer, Huxley and Townsend became a rock solid touring unit, thrilling crowds everywhere they played. With Lou Clark conducting, The Orchestra continued to team with top symphonies on multiple continents, creating a musical spectacle unmatched in classic rock.
The Orchestra suffered a mortal loss in 2009 when bassist/singer Kelly Groucutt died suddenly upon returning home from a show in Berlin. With touring commitments ahead of them, The Orchestra were fortunate to land veteran Glen Burtnik as Kelly’s replacement. He remains with the band today.