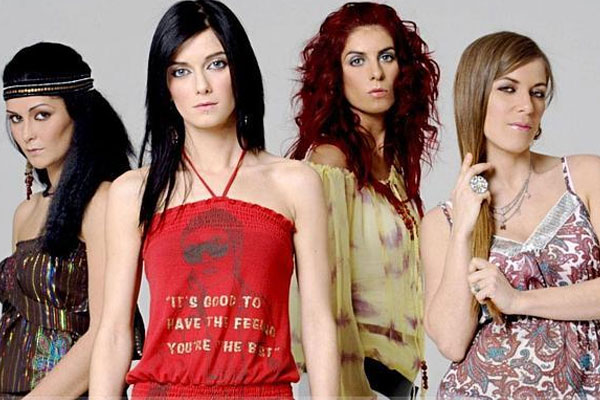 Las Ketchup is a 4-girl group (previously consisting of three sisters), whose members are Lola, Pilar, Lucía and Rocio Muñoz from Córdoba in Andalucia, Spain. They are the daughters of Juan Muñoz, a flamenco guitarist known as El Tomate (The Tomato). According to The Ketchup Song Songfacts, they took their name in honor of their father’s nickname.

Prior to Rocio’s addition to the group in 2006, the other three girls had success with their worldwide hit “Aserejé”, also known as The Ketchup Song in 2002. It reached or almost reached the top of the charts in many countries including Spain, UK, Italy, Greece, France, Finland, Sweden, Norway, Belgium, Netherlands, Switzerland, Germany, Romania, Argentina, Poland, Venezuela, Mexico, Peru, India, Australia and Puerto Rico. However, it failed to chart on the U.S. Billboard.

Their first single as a 4-girl group was “Bloody Mary” (like the name of the CD) was the Spanish entry in the Eurovision Song Contest 2006. The song did not perform as well as expected, ending 21st with only 18 points.