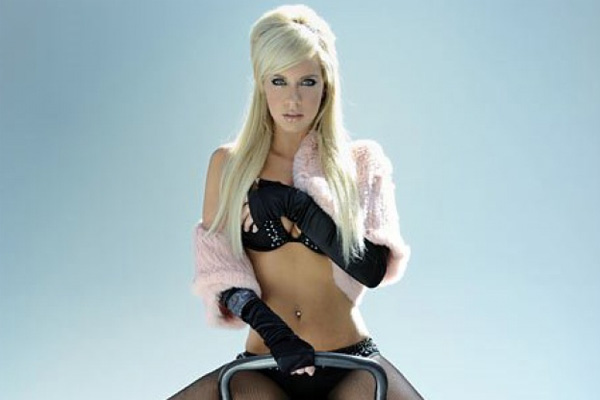 Evy was born in 1981 in Antwerp. She is no newcomer in the musical business. Under the name of Medusa, she released a single entitled Miss You with Fiocco. She also took part to the track New Year’s Day, a trance cover of U2, with 2 Fabiola .

Peter Luts has been producing for A&S Productions for more than 5 years now and is the musical force behind Astroline. He has also done remixes for Milk Inc .

David Vervoort (aka Dave McCullen) is a singer-producer-performer who has been DJ-ing for over 7 years in Belgian clubs and other countries.

Lasgo appeared on the euro-trance scene with their first single and instant hit Something released in July 2001. Something entered the Belgian CD Singles Top 10 and remained during more than 7 weeks, with a highest place at no. 5. Their very first live appearance took place on the Holiday Party, one of the biggest ’school’s out’ parties in Belgium. TMF (the Belgian video-clip channel) recorded the show to produce a video clip. In Spain, where the track was released simultaneously, the results were great, the single was the best selling vinyl the week of its release! Afterwards the song was signed with Elektrola (Germany) and Positiva (UK). A video-clip was shot in Prague.

Two forthcoming singles were already planned: Alone and Pray. In October, Lasgo won the Belgian TMF Award of the best national single forSomething,which sold gold. In November their debut album was released, entitled Some Things. It contains 11 songs plus 2 remixes of the first singles.

2002: Lasgo recorded 3 new tracks entitled Searching, You And I and Wonder. The tracks are on a repacked album which features a lot of re-mixes of their hits. Lasgo’s new single Pray features re-mixes by Peter Luts, Dave McCulllen, Driftwood and Kidjemet & Kovac. The videoclip was recorded in the US (in Long Island) and was released in Germany in October and the US in November. It did pretty well there, in the 10th week it climbed to no.46 in the US Billboard Top 100. After this they’ve kept on scoring hits in The Netherlands and Belgium.

In 2005 they came with another album called Far Away.

Out Of My Mind is the first single of the band in its new composition: Jelle van Dael was the winner of the televised search for a new lead vocalist. It was released in 2008 and achieved chart success in the Netherlands and Belgium, making it into the top 10. The song was also released in the UK at the beginning of 2009 by the up and coming dance label Hard2Beat records however, as it was given a digital only release, the song failed to chart.

On August 17, Lost was available digitally while the CD Single would be released on August 24. Lasgo’s new album was released in September 2009. Lasgo’s fourth single from the album Smile was Over You.