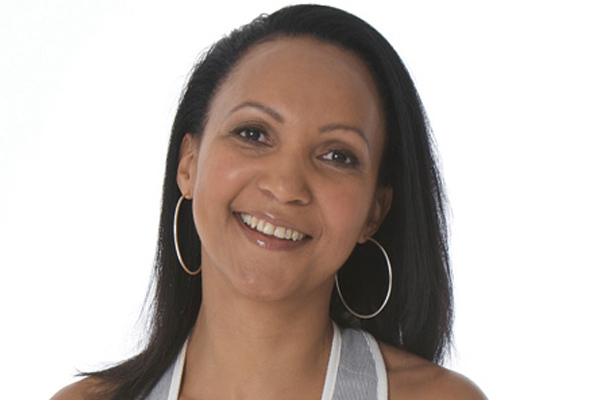 Rozalla was born in 1964 in Ndola, a town in Zambia. When she was a teenager she moved to Zimbabwe with her family. As a young girl she used to skip school to play with a band. Later she sang at fashion shows and soon became a national celebrity. Rozalla enjoyed several chart hits in Zimbabwe, but she still had to work as a secretary to make ends meet. At the age of 18 she appeared as an extra (a prostitute) in Richard Chamberlain’s King Solomon’s Mines. Wanting to become an international star Rozalla left Zimbabwe and moved to London in 1988.
In England Rozalla was soon discovered by the Band Of Gypsies production team (the producers Nigel Swanston and Tim Cox) who noticed her deep, soulful voice and would catapult her to stardom a few years later.
In 1990 their first single, the dance song Born To Luv Ya, was released on the small label Pulse 8 unfortunately without any success. Not discouraged, the Band Of Gypsies wrote and produced some more songs for Rozalla and her second single Faith (In The Power Of Love) was her first song to chart in the UK. But it is the single Everybody’s Free (To Feel Good) which really made her career take off. It was not only a #1 dance hit in Canada and the U.S., but it was also #1 in Spain, #2 in Belgium, #3 in Italy, #4 in France, #5 in Germany and #6 in the UK. Followed by the re-issued Faith which did much better the second time, and the very successful Are You Ready To Fly.
In 1992 Rozalla’s first album Everybody’s Free was released. All the songs were produced by the Band Of Gypsies. The album entered the UK Top 20 in its first week. Rozalla signed a contract with Epic who released her album and singles in the US, where Everybody’s Free reached the Top 40 of the Billboard Hot 100 almost a year after its European release.
Rozalla has achieved massive international success and has been hailed as The Queen of Rave. In her native Zimbabwe she has had an impressive five #1 singles, establishing her as their top female artist. Her distinctive vocal style and melodic techno/rave songs have helped to propel Rozalla into the realms of international stardom. In total, she has earned 10 international Top 10 singles. She lives in London and is still a popular club attraction.