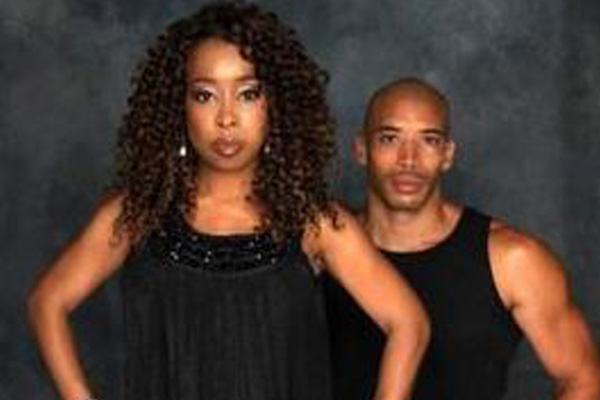 Snap! is a German Eurodance project. The act has been through a number of line-up changes over the years, but was most successful when fronted by rapper Turbo B, who performed on singles “The Power” and “Rhythm Is a Dancer”. The main singers were Thea Austin, Niki Harris, Penny Ford and Summer.

Their first and biggest worldwide hit “The Power”, a combination of house and hip hop elements which was fronted by rapper Turbo B. and American Singer, Penny Ford, peaked at No.2 in Germany in April 1990 and spent five weeks in that position eventually going Gold for sales of 250,000 units. The single topped the charts in the United Kingdom, and picked up a Silver-award for sales of 200,000 units. In the U.S., it reached No.2 on the Billboard Hot 100, and was certified Platinum for 1,000,000 units.

Jackie Harris was used to mime Penny Ford’s voice in the video “The Power” and left the group shortly after and Penny Ford became its full-time lead singer, recording the second single “Ooops Up”, a re-working of “I Don’t Believe You Want to Get Up and Dance (Ooops!)”, a 1980 hit by The Gap Band, with which Penny was a former backing singer. The song “Oops Up” was another No.2 hit in Germany which spent nine weeks in the position. The single entered the top-5 in the UK picking up another Silver-award, it was also awarded a Gold certification in the U.S. Further hits followed with the oriental-sounding “Cult of Snap”, which charted at No.3 in Germany and No.8 in the UK, and “Mary Had a Little Boy”, which charted at No.4 in Germany, and again No.8 in the UK. Their first album World Power reached No.7 in Germany, No.10 in the UK and No.30 in the U.S. The album received Platinum in Germany, and Gold in the U.K. and the U.S.

In 1991, after Thea Austin joined the line-up and helped to write “Rhythm Is a Dancer”, which was initially planned to be the lead single from the second album but later was pushed back to be the second single from the second album. The first single, “Colour of Love” managed to peak at No.9 at Snap!’s home of Germany, but did poorly in the UK peaking at No.54 only. “Rhythm Is a Dancer” was released as the second single in July 1992 and inspired by “Automan” by early-80s electronic hip-hop band Newcleus, it went on to become their biggest hit yet. The single shot to No.1 in Germany, the UK, France, Switzerland, Austria, the Netherlands, Belgium. In the U.S., it peaked at No.5 collecting another Gold for sales of 500,000 units. At home in Germany, the single went Platinum for 500,000 units, and picked up a Gold in the U.K. for sales of 400,000 units. The third single from the second album, which charted at No.3 in Germany and No.2 in the UK, was awarded with a Gold certification in Germany.

Despite that the second album, The Madman’s Return did well in the charts, peaking at No.3 in Germany and entering a Top-10 in the UK, the Netherlands, Austria and Switzerland, Turbo B decided to leave the project due to disagreements with the act’s producers. The album went Gold in Germany and the UK, for sales of 250,000 units and 100,000 units respectively.

Follow-up singles “Exterminate” (charting No.2 in the UK and 3 in Germany) and “Do you see the light?” featured Niki Harris on lead vocals, a professional vocalist also known for her long-time work with Madonna.

The producers, Münzing and Anzilotti recruited Washington DC-born singer Summer to front the act for the third album. Summer was born Paula Brown and previously had worked as a dancer in the TV series Fame and in the Spike Lee movie, School Daze. Snap! moved towards a progressive house sound and released their first single called “Welcome to Tomorrow (Are You Ready?)” in September 1994. The single peaked at No.4 in Germany, No.6 in the UK and was followed by the album, also titled Welcome to Tomorrow. The second single “The First the Last Eternity (Till The End)” was a moderate hit in the UK, but managed to climb as high as No.7 in Germany. Snap! released two more singles from the album “World in My Hands” and “Rame” (featuring Rukmani), both of which experienced a moderate chart entries.

In 1996 the group was officially disbanded releasing a greatest hits compilation called Snap! Attack: The Best of Snap!. The album included a new version of their first hit “The Power ’96” and “Rhythm Is a Dancer ’96”.

However, the act made a surprising return in 2000 with a track entitled “Gimme a Thrill”, complete with a rap performed by Turbo B. and vocal from the band’s newest singer Maxayn. It didn’t attract attention and failed to chart.

A new version of “Do You See the Light” remixed by Plaything was released in 2002. The following year, a remixed album, The Cult of Snap! was released and re-worked singles were issued. “Rhythm Is a Dancer 2003” peaked at No.7 in Germany and No.17 in the UK, while “The Power (of Bhangra 2003)” charted moderately in Austria, Switzerland and Denmark. The act also released a re-done version of “Oops Up!” which featured vocals by NG3 and managed to enter the German top 100 singles chart at No.69 only.