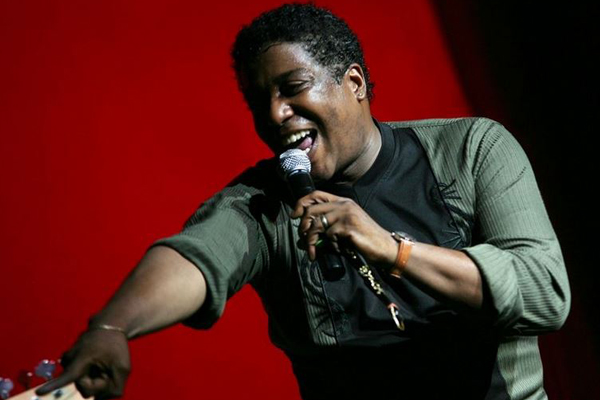 Sydney Youngblood was born in 1960 in the town of San Antonio, Texas (USA). As a boy of 3 he was playing with Daddy’s records. At a young age Sydney could already be seen performing on stage. What starded as a `good fun`became his passion and life mission. At 6 Sydney won a young musicians competition in his home town. At the time his grandmother would call him Youngblood – perfectly depicting his vibrant energy.

He was playing and singing with various bands throughout the 80’s and performed with the Charles Show as a duo for a few months. By 1988 Sydney was performing as a solo artist with various well known producers.

Feeling Free, his first album launched in England in 1989 was his musical break through. If Only I Could and Sit And Wait stormed the charts world wide and put him on the music map. His hit interpretation of the Etta James classic I’d Rather Go Blind established him on the US charts.

Both on the stage and in the studio, Sydney’s expressive voice and talented bass and flute performances were always powerful and moving. Thanks to his unique style of music Sydney Youngblood has been able to sell over 6 million records around the world.

The facts don’t lie. 20 years experience in the music business with many top 10 songs and singles, 4 albums and countless music industry awards speak for Sydney Youngblood, an exceptional musician. Back in the studio his new productions promise to be “Special Highlight’s”.